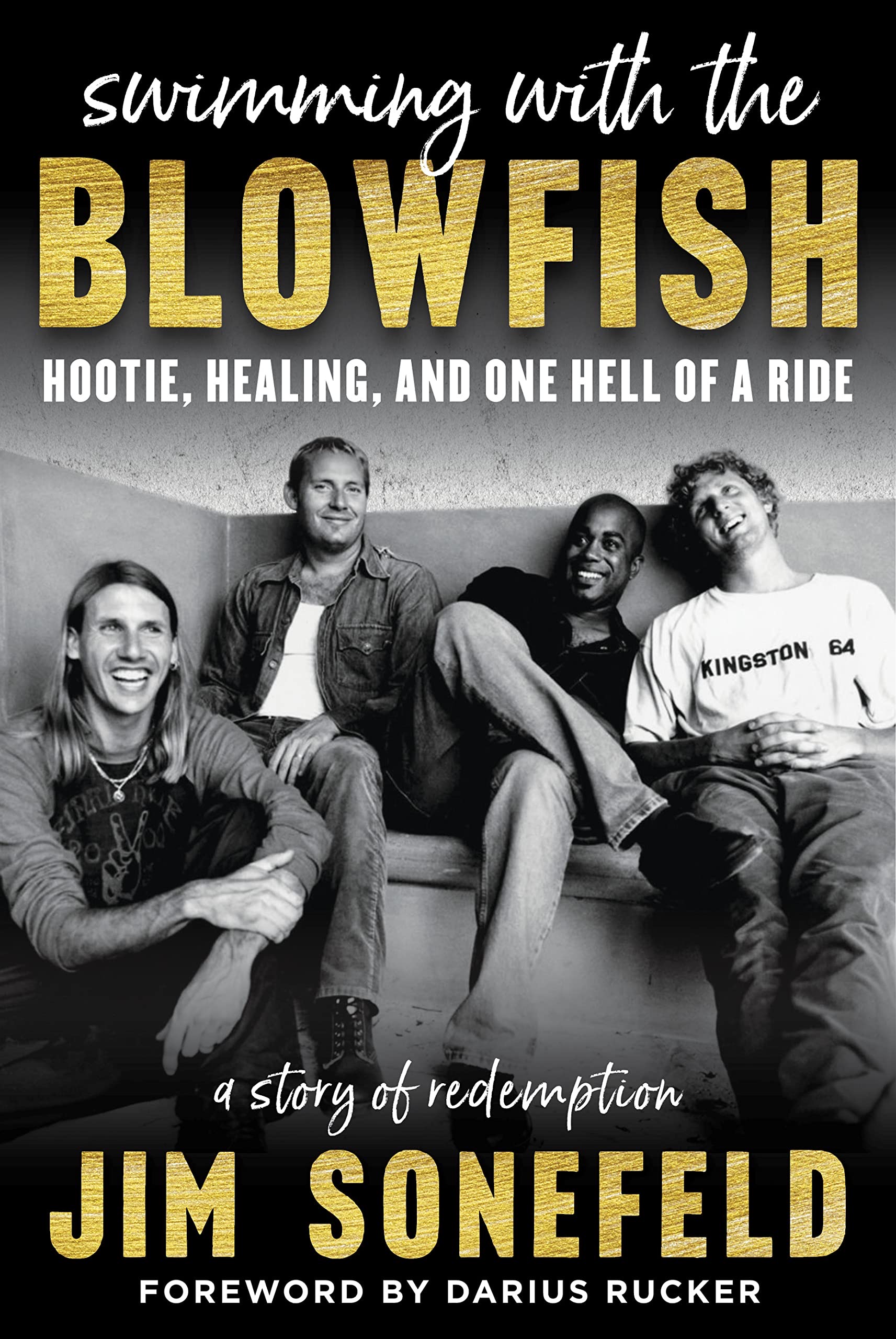 It’s with great excitement I’m announcing the upcoming release of my first book, Swimming with the Blowfish - Hootie, Healing, and One Hell of a Ride.

This labor of love has been 4 years in the making and I’m delighted to give you guys a picture of behind the scenes in my personal life as a musician, recoverer and human.

And yes there are pictures from my long haired days. Hope you’ll take the time to preorder.

Single "I See Heaven On Earth"

Jim “Soni” Sonefeld has had a prolific career spanning from touring musician in one of the top-selling rock bands of all time, to award-winning songwriter, to solo artist. As Sonefeld gears up to release his fourth faith-inspired EP, Remember Tomorrow,
he’ll be adding the title of author to his list of achievements. His memoir, “Swimming With The Blowfish – Hootie, Healing, and One Hell of a Ride,” published by Diversion Books, will be released in late June of 2022.

The Hootie & the Blowfish drummer grew up dreaming more of sporting victories than becoming a successful musician, but after that dream came to a close, he immediately began writing songs, performing, and chasing a music dream. With the unsuspected success of Hootie & the Blowfish’s 1994 debut release, “Cracked Rear View”, he and his bandmates found themselves traveling the world to support what would become the 9th best-selling album of all time in the United States.

The first single, “Hold My Hand,” a tune Sonefeld brought to the band early on, helped thrust Hootie & the Blowfish into its great success, and likewise showcases his songwriting ability. In the years to follow, the band would record six more studio albums and receive numerous awards, among them, two GRAMMYS®.

In the early 2000s Sonefeld began relying on drugs and alcohol to feed an emptiness growing inside of him and would struggle to control his substance use. It wasn’t until late 2004 that he finally accepted he was powerless over drugs and alcohol. It was there he made a turn that would save his life and eventually alter his spiritual path.

With a sober mind and new clarity, he began writing about his transcendent experience and the journey into healthier, happier living. Since his first full-length solo album Snowman Melting (2008) was released, under the name James Sonefeld, he has delivered a trilogy of EPs coined, Found In Love.

The gift of recovery is what leads him to help others by sharing his powerful story and his music with groups around the southeast. Sonefeld is thrilled to be stepping out from behind the drum kit again to play his latest single ‘Bow To Him,” stating, “This song celebrates a full submission to love. It acknowledges God as a true liberator.”

Other tracks from his new EP, including the rocking “Unafraid,” and sentimental “I See Heaven On Earth,” fall in line with themes of acceptance, transformation, and victory over life’s difficulties. These days, Sonefeld enjoys his coffee, an obsession with Liverpool Football Club, and being part of his blended family of seven, never taking for granted the blessing of the far-reaching audience he has garnered through his career with Hootie & the Blowfish. But, no matter the size of the audience before him, Sonefeld is grateful to be performing music and spreading the positive message that’s always inspired him..